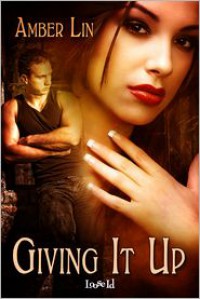 This nearly end up being a DNF for me after 2 chapters, but then I endure it and after finishing the book, I love it so much. I am wondering why this amazing book got such a low rating. Maybe this is not a romance that will have you gushing, this is not a romantic love story filled with flowers and roses or sweet words either. This story felt so raw and real, at times dark and gritty, but at times with a little touch of humor.

It all started with Allie, a single mum, who prowl the bar once every month to get herself hook up with random stranger with the intention of hurting herself. One glance, you know this girl is f*cked up and one hot mess. But then, she met Colin, a random guy she picked from the bar. She wanted him to hurt her and even demanded it from him. So you see why I nearly DNF, I never like to read about messed up heroin and then the relationship started off in a totally unromantic way. Colin wanted to date her after the one-night-stand. There isn't any sexual tension whatsoever. After reading 40% into the book, I knew this is not a romance that I usually read. But I'm totally hooked.

Allie's life revolves around her baby daughter, Bailey, her bff, Shelly (who is a prostitute), and her work at the bakery shop. When Jacob, her best friend who had once rape her and also the father of Bailey showed up, Allie worried he might take her daughter away. With Colin presence in her life as a knight in shining amour, wanted to protect her and all, she accepted his help. Allie's relationship with Colin started off with her wanting his protection, comfort and financial stability. Since he treated her well and seems so perfect, she know that she got the better end of the deal.

I'm not sure what I should make of Colin. He is such a mystery to me, even until the end. He came out of nowhere and after one night with Allie, he decided he wanted her. When Allie had problem with Jacob, he basically ask her to move in with him when they both barely know each other. Allie often seems to be walking on eggshells being around him, not that I blame her. She doesn't want to ruin anything and definitely doesn't want to be thrown on the curb if he decided not to want her anymore. He doesn't make things easier for her either, because he had this wall surrounding himself. Worst of all, she had a baby daughter. I admire the fact that she is trying to make the decision base on what she think best for her daughter. After moving in with Colin, she tried to be this perfect live-in girlfriend. Cooking, laundry, house chore and all. Not that he demanded any of it from her.

There was a suspense built up in the end in regards to Colin and his brother's illegal business. With police threatening Allie and some of her ugly past came to the surface. The last half of the book is non-stop page turner because I just need to know what is going to happen. If Allie were to have a biography, it will be a sad story. A story that make you wept for her, enrage for her. She is a flawed and so messed up. Colin isn't perfect either, but having him is the best thing ever happen to Allie and Bailey. I feared and grit my teeth to read the ending, worry of what lay ahead for them. At last, I cried happy tears for them. For all their imperfection, the ending was perfect. This is not a romance fantasy, this is reality.

Many reviewer complaint that when the story ended, we still didn't know much about Colin. Since this is from first person point of view, we can only see Colin through Allie's eye. I feels what Allie felt directly. She don't understand why Colin wanted her with her baggage and all. In the end, I tried to guess the reason, but we will never know the definitely answer, but I guess this is what life is. Even you are married to a man for years, you never know what is in his head. Is just is.
Tweet