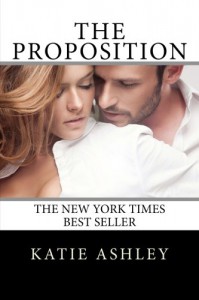 The premise of this story is quite predictable actually, a 30 and single heroine wants a baby in her life so badly that she take up a proposition from her company well-known womanizer, Aidan to help father her child. They had sex several times and despite saying they will be treating it as a business deal of some sort, you know they are going to get emotionally involved. Since there is a Book 2, we also can predict the hero gonna pull of some asshole stunt to hurt the heroine and then this will ended up in a cliffhanger. That practically summarizes it all. But DAMN! I had no idea such a predictable story can keep me up all night until 3am and then the next day I dive into the next book. No wonder there is such a high rating, this book totally deserves it.

I think the writing style together with the lovable hero, Aidan totally sold me. It started when Aidan bumped into Emma arguing with her gay friend, Connor and Aidan mistaken it as a couple dispute. He came to her defense, but was later being explain of the situation by Connor. Connor told Aidan that Emma wants him to become her sperm donor, but he needs to refuse. So this is what causes all the drama that is happening. Aidan jump at the chance to offer himself (shameless) to Emma at the prospect of being able to sleep with the redhead who used to reject him. The idea of conceiving it naturally with Aidan is just pure bizarre for Emma, but in the end they made the deal. She even drew up a contract for him and I laugh at the reference to FSoG by Aidan. LoL. No shit, Aidan. You are the man.

Despite being mentioned again and again that he is a despicable manwhore, I thought he is such a sweetheart since the beginning. I thought he is kinda perfect besides not able to promise a long time commitment to Emma. He just plainly scared of the prospect of marriage. But I begin to really love him when he is so commit to helping Emma conceive that he went to do some research by himself too, you know the boxer shorts thing and remain celibate while he is away. How can you not fall for that. There seems to be a lot of knowledge involve in trying to conceive, by the way.

I'm not sure I will ever understand Emma desperation, although it had been explained why she wants a baby so much. Okay, I will accept her for what she is. I like that she is overall an easy going and generally acceptable person. She loves having more people and more loves in her life. That's the reason she appreciates the chance to be introduced to Aidan's family, the nephews, the sisters and the father. At the same time, Aidan himself often surprises her at every turn. I will love him just for the fact that he had Beau, a black labrador. Although I'm not sure how with his busy schedule he can manage to keep a dog.

After Emma finally conceive and Aidan kind of admit that he had feelings for her, everything seems nice and dandy. And this is the time when I'm dreading to read towards the end because I know something bad is gonna happen. Please don't make me hate Aidan. And then when the moment finally comes, I can barely breathe. Then I really want to scold him silly for being so stupid, but at least I don't hate him. Phew! We will just have to see how Aidan patch things up later.

P/S: Beau, you had no sense of loyalty to your Daddy.
Tweet