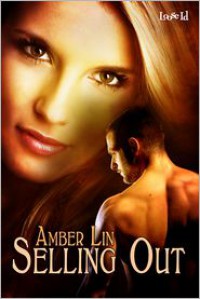 This is the Book 2 of The Lost Girls and it can be read as a standalone, but let me recap what I learned previously. From Book 1, we know that Shelly is Allie's best friend, she is a prostitute, who helped Allie's financially when she was pregnant and homeless. Although help sounds like an understatement, she practically sacrifices herself for her best friend. So you see, how much I admire Shelly. She fell for a cop though, named Luke Cameron, by being his informant and betrayal she sugar-daddy, Philip, a rich guy who hired her.

Selling Out started off with Shelly leaving her escorting career behind and looking for a normal job. Things doesn't went well and she realize that prostituting is the only skill she had. It was mentioned that she wanted to be worthy of him. If you read Book 1, you will know she is thinking of Luke and wanted to change for him. She know she is doomed anyway. He looks so righteous and perfect, while she is a hooker.

But as Shelly said, prostituting is like a poison, slowly eating her up and it refuse to let her go. The villain pimp Henri is such a bastard. When Shelly saved a young girl, Ella away from Henri's party, he hunted her down and framed them for murder. That's when Shelly had to seek help from both Philip and Luke to sort out the mess.

We know very little of Luke previously, besides him being a goody cop wanted to bring down the prostituting industry and he cares deeply for Shelly. Half way into the book, I still think he is just that. But damn, I'm so wrong. He is much much more complicated than that. He had his own motivation and when the revelation of his past came out, I was kind of stunned. Really didn't see that one coming. Is heartbreaking and emotional and I grabbed my Kleenex.

As in previous book, the story is dark, raw and gritty. It started out slow and I thought is going to be another predictable romantic suspense. But when I reached past half the book, that's where the goods are. The things that both Shelly and Luke went through in their lives, the sacrifices they make, the pain they had to endure breaks my heart to read about it. I'm glad the author sweetened it up by a HEA, or else I would definitely threw my Kindle or something to that extend. I can't wait her Amber Lin's next release.
Tweet