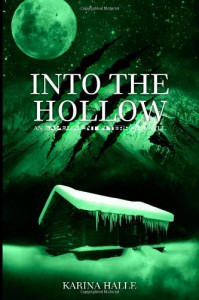 Finally I finished up all 6 books in the series in 2 weeks time. Now I can said that Experiment in Terror is one of my favorite series along with Fever and Kate Daniels. Why it had taken me so long to start on this I'm not too sure. Maybe because is categorize as horror and I can be a chickenshit sometimes.

After the event at On Demon Wings, Perry decided that she can no longer stayed with her parent. They doesn't believe in her and nearly cart her off to a mental hospital. She reluctantly accepted Dex invitation to move in with him at Seattle as his roommate, mind you. She then decided to take back the job in Experiment in Terror, hoping to be able to move out and away from Dex.

This time our favorite fictional duo was off to Canadian Mountains hoping to capture the mystical Sasquatch aka 'BigFoot' on film. We have a teenage girl claimed she had been attacked by the creature, a father who claimed he saw it a few times and even cast the footprint and a psychopath hunter named Mitch. Compare to all the other books in this series, the creepiness and horror level is lower. And honestly, I don't really care about the show for once. I am with Dex in this, 'F*ck the show!'. What we really care about is how Dex and Perry is going to patch up their fractured relationship.

In the first 4 books, Dex was an ass, with some craziness and manic thrown in. He makes you want to smack him and then kiss him back when he is sober. But you can't help feeling that he is unworthy of Perry's unconditional love. After what happen in Lying Season with Perry leaving him, he finally turned a new left. With Dex 2.0, he wants to be a better person for Perry and you will love him even more. Dex 2.0, is now sober without under influence of drugs and he had better decision making capabilities. But don't worry that you will no longer recognize the old Dex we used to love, Dex is an pervy as ever and funny as hell. But, he is more honest to Perry now and the things he said make my heart melt. When she asked him a serious question, he no longer brush her off or make up lies.

In 'On Demon Wings', my heart breaks for Perry for what she had to endure alone. In 'Into the Hollow', my heart breaks for Dex as he is trying so hard to win her back, but she is not giving in. There are times when I wanted to shout at Perry, 'Just forgive the poor guy already!', but I understand that she needs time to think things through.

Previously, each of the book left us felt hanging, despair or in an emotional turmoil, but this time we finally got a satisfying ending that left us feeling warmth and happy for Dex and Perry. I still have a big grin of my face after finishing the book last night. And my boyfriend must be wondering why I am so damn happy. I know this is not the finale yet, but I hope Karina Halle don't make them hurt each other again after they had been through so much.
Tweet