“Tell me what you listen to, and I'll tell you who you are.”

Although I rate it 5 star, I can definitely see that this is not everyone cuppa tea. This is not a mainstream read that delight everyone. What truly stands out to me about this book is the writing style that had me captivated and mesmerized. From the first chapter, is just sucked me in and it makes me questions a lot of things around us. The music industry, the songs we heard on the radio and the songs that we will never hear in the radio. The story seems to be mocking the current music industry, our pop culture that drives by million dollar marketing campaign, connection, politics, money and greed. 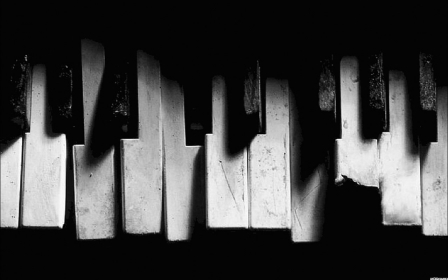 We have read plenty of rock star stories. This is a story about a guy who is passionate in music, working on a dead end job, awaiting his big break. This is the story of the beginning of a journey, the major life changing decision, the responsibility to the people around you, to compromise without losing your integrity and the ugly truth. The tone of the story was kinda depressing and funny at the same time. Am I even making any sense? Shall I call it dark humor? It evoked varies emotion in me and I felt a heavy weight on my chest.

Eliza is a music journalist and recently move to New York where her brother, Michael was playing for the band 'Bananafish'. Okay, the band name sounds totally weird. I just don't get it. Anyway, that's beside the point because apparently 'Bananafish' is the shit, according to Eliza. She moved into her brother's old apartment and found herself being a roommate with Paul Hudson, the lead singer of 'Bananafish'. Eliza had an extreme phobia towards flying and apparently the said flying is kinda the cause of all the drama the ensure. I can never fathom her extreme fear nor understand it, so I kinda dislike her during parts of the story. Her blossoming romance with Paul Hudson seems so easy and they just get together without much drama or any well orchestra seduction. They both seems so real to me. Real people with real problems.

“Sometimes I would open my eyes when we were kissing, I would watch him and I could see it. I could actually see LOVE - not words, not an emotion, not an abstract concept or a subjective state of mind, but a living, breathing thing.”

Paul Hudson is a talented musician, albeit a struggling one at that. Isn't every musician with real talent struggle either in their early life or their entire life? I wanted to scream freaking injustice to the world at large for every Paul Hudson out there who are making genuine music that move our soul. He is at times eccentric, self absorbed and pessimist, you might think that he is melodramatic and a whiny brat, but he is the most true to self and honest person out there. He is not motivated by money or fame, he just want to make an honest living and pour his soul into his music. He is not the kind of hero that is gonna save the day and make everything alright, he is the kind who make me wanna save him instead. I wish I could wrap him up in a cocoon, keep him away from the evil Winkles and tell him everything is gonna be alright. This guy brought out all my motherly instinct. 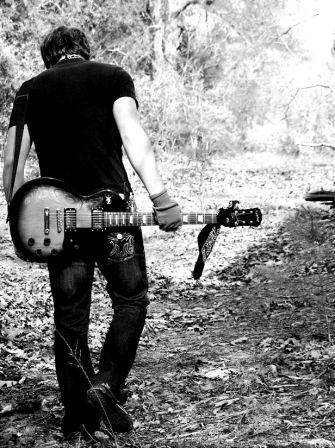 “Personally, I don’t like inherently happy people. I don’t trust them. I think there’s something seriously wrong with anyone who isn’t at least a little let down by the world.”

Loring. Hmm... what can I say about this perfect man? If Paul Hudson is the representation of the underdog, Loring is the representation of the mainstream. He is the kind of guy that every woman can only dream of marrying. Handsome, kind, compassion, good family background, in short, the Prince Charming. But too bad, when he make his appearance, I'm already half in love with Paul. So to me, Loring will forever be the 'other guy'.

“When you’re twenty-three and you fall in love, you tend to think that love will supersede any problems. But no matter how much you love somebody, no matter how desperately you want a relationship to work, life can act as an oxidizer and corrode it to pieces.”

The story was told in multiple POV of Eliza, Paul and Loring. I find it confusing at times because at every start of a new chapter, I had to read a few lines to find out whose POV is that. After that I find myself rereading the chapter from the beginning to understand it better. Apart from this annoying tidbits, the writing is phenomenal and flawless. I love Paul POV the most, it is poetic and moving. He was actually recounting his thought to his audio diary and I love everything that he had to say. I guess as with his music, you either get him or you don't, there isn't a borderline.

I have to admit there are times I felt the story drag too much especially during the second quarter. It was mainly due to the fact that Paul and Eliza had easily get together and from then onwards everything they did seems inconsequential. I had no idea where is the story heading next. But the bomb drop at the half mark and I'm so in rage I wanted to scream bloody hell and slap her silly. How can she do that!? Oh, my poor Paul. I cried angry tears and I'm so mad. The next quarter of the book doesn't improve my mood at all. I'm Team Paul all the way. There were heartbreaking moments where I am practically shattered into million pieces and having a hard time picking myself up. If not because everyone was saying there is a plot twist with a HEA, I don't think I can endure through the end.

By the end, I'm totally exhausted and emotionally drained. This is definitely not my cuppa tea. I usually like to read books that makes me all happy, excited and giddy. Not emotionally wrecked and bracing myself for every chapter to come. Well, the journey definitely pays off because this is a bloody great writing I tell ya. This is one of those book that I will remember for a long time. Okay, there is a HEA, so I can at least sleep happy.

“I've got my girl and my guitar, and for me that's enough.”