I guess so far Karina Halle is the only author that I actually like all her books. I devoured her EIT series in 2 weeks and loving the Sins & Needles as well. The setting for The Devil's Metal is in 1970's surrounding the rock and roll music and the metal band, Hybrid. We brought back in time to the 70's with the mentioned of Alice Cooper and Aerosmith (yeah, this is the only two bands that I recognize from all the other bands that were mentioned by Karina Halle in this book) and the lack of cell phone. Dawn actually wrote letter to her brother and bff. I wonder how long ago that we actually wrote a letter.

I've been putting off reading this for quite some time because the heroin, Dawn is 21 years old college student and the book was labelled as New Adult. I usually don't read YA/NA books that surround lives of a student. But The Devil's Metal is not the case, this is definitely an adult read. This is also my first time reading about rock star. I still haven't go around reading Thoughtless, The Might Storm and etc.... 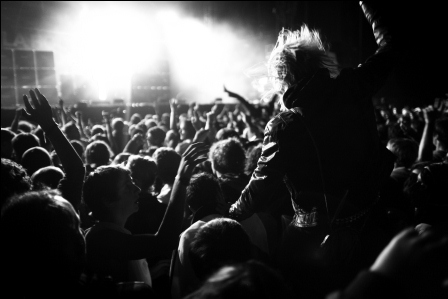 The story started with Dawn, a music journalist student who had been doing some part time writing got called up by the Creem Magazine to join the band, Hybrid on their tour to write a cover worthy piece. Hybrid is one of her favorite band and even though she is in doubt of her capability, she can't give up the paycheck. Her family, which comprise of her alcoholic father and Tourette's Syndrome brother, Eric needs it.

Most of the story took place during the Hybrid tour around the cities and we get immerse into the atmosphere of the rock and roll concert. Groupies, drugs, sex, booze and.......demons. Yeah, you heard me. Karina Halle is really talented in writing about spooky stuff. I hope this series actually get crossover to the EIT series. That would be fabulous.

Initially the culture shock is too much to handle, but Dawn manage to overcome it. The band members comprised of the vocalist, Robbie (the man-whore), Mickey & Noelle (the couple), Graham (the scary one who is into Satanist cult), Jacob (the manager), Chip (the sound tech) Sage (the guitarist) and Bob (the tour bus driver). During their first encounter, everyone doesn't like to idea of having a journalist among them beside Robbie and Chip who are over-friendly with her. We get the first hand experience into the life of rock star on and off the stage. The psychopathic groupies that was named GTFOs. Meanwhile, Dawn is seeing weird things that she put it off by stress and constant exposure to loud music. 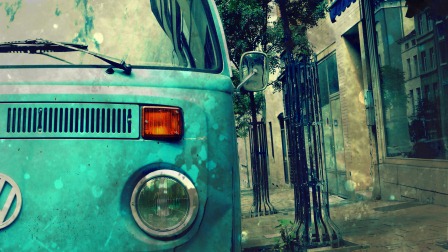 Sage Knightley, the hero in this series is one mysterious character. He spent the better half of the book barely conversing with anyone and we felt so wound up to know more about him. What is his deal? Even though he is not the vocalist, he is the lead member of the band and the heart and soul of the band.

Dawn is convinced that something weird is going on when she constantly gotten spook and something happened in their tour bus. She knew Sage have some answer to this. This is when the plot gotten more interesting as if things haven't been interesting since the beginning. What caused this strings of bad omen happening in the Hybrid, is Graham's Satan believer involved and is Sage the one who constantly got threaten?

When a groupies who hook up with Robbie died in their bus and Noelle got spook and losing her mind, Sage finally confess to Dawn of what is happening. When he was 15 years old and struggling with his life, he made a deal with a demon. At the time, he isn't aware the deal is real and thought of it as just a dream. He wish to become rich and famous and a great guitarist. He want to love and be love. The demon granted his wish, but told him that everything will be taken away when he reach 28 years old. So one by one, things are taken away and his life is falling apart.

For romance lover, Dawn and Sage won't be declaring undying love in book 1. They are still getting to know each other and I guess this is a good foundation for a more solid relationship later. But since I mentioned this is an adult read, is further confirmed by having two smexy scenes to satisfy us. The ending left us wanting more and wondering what will happen to Dawn and Sage next. But don't worry, is not those ending that left you pulling your hair out.
Tweet